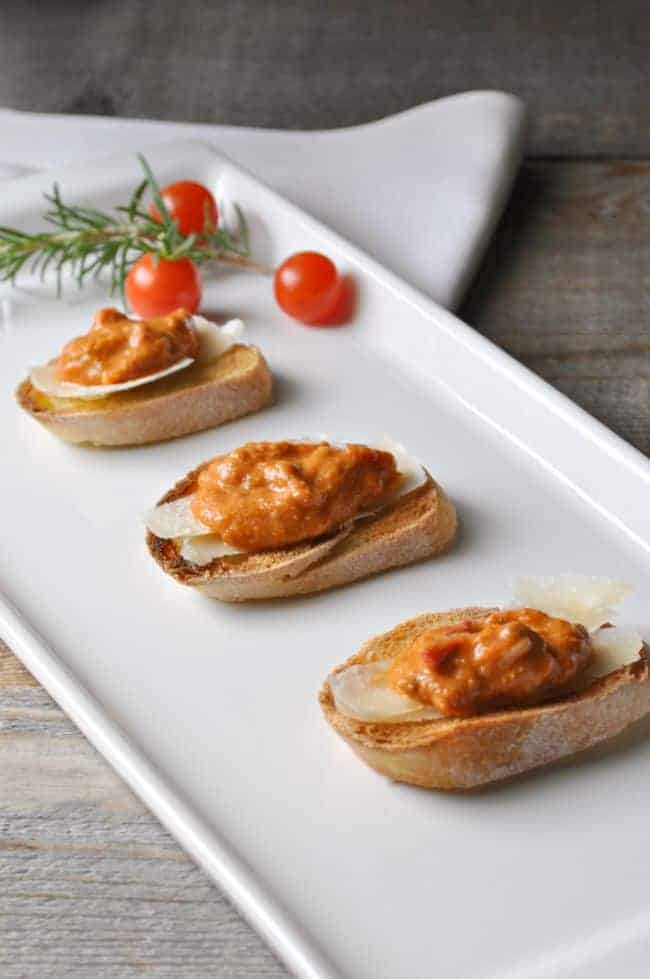 This Mediterranean Romesco Sauce is easy to whip up in your food processor. It's rich with the flavours of  Spain: tomatoes, peppers, garlic, and chiles. It makes a great topping for crostini or pasta.

If you only cook ONE thing this week, please make it this Mediterranean Romesco Sauce. It’s totally worth the effort to make this sauce, if only for the aroma in the kitchen while preparing it.

It has so many uses and you'll never tire of it. Serve it over pasta, or on roasted vegetables. Slather it on a burger or grilled cheese or corn-on-the-cob or on grilled chicken or fish, or OH! Just imagine it with shrimp or prawns! It's great on zucchini fritters too.

My personal favourite is to create an easy appetizer by mounding it on toasted crostini. It's a good thing those Spaniards from the Catalan countryside have shared this with the rest of the world. It is simply too flavourful, and versatile, to keep to themselves. 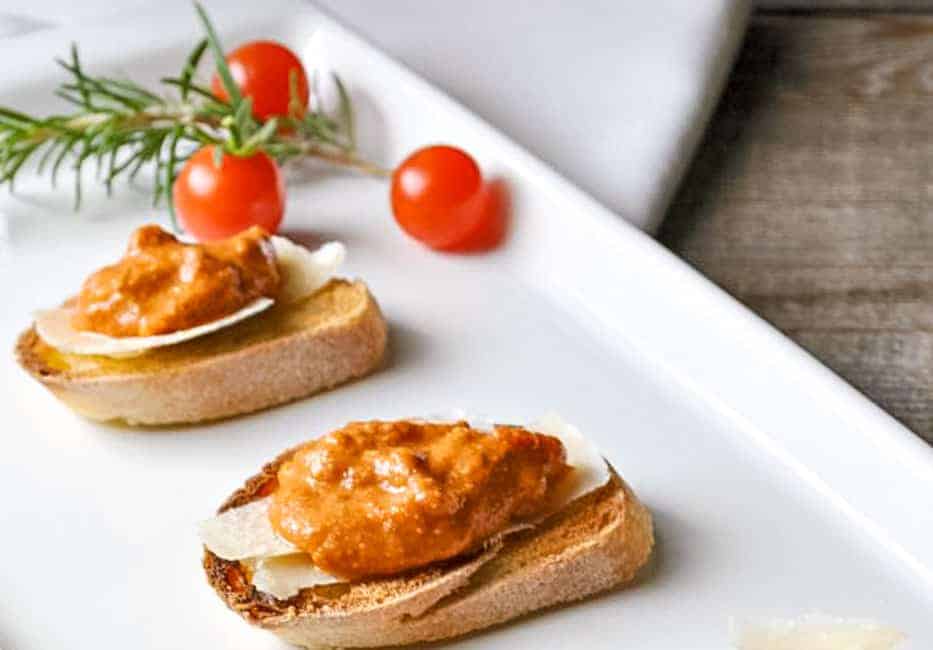 You’ll also be doing your body a favour.

Romesco sauce is packed full of rich antioxidants and cancer-fighting ingredients. Tomatoes are a rich source of lycopene, a carotenoid responsible for the tomato’s red colour, particularly if they are cooked in olive oil. Not only are tomatoes the prostate’s best friend, but they are regarded as an important food for preventing other cancers as well. Garlic is believed to play an important role in preventing cancers of the digestive system as well as the prostate. Health benefits aside, this sauce just tastes faaaaan-tastic. 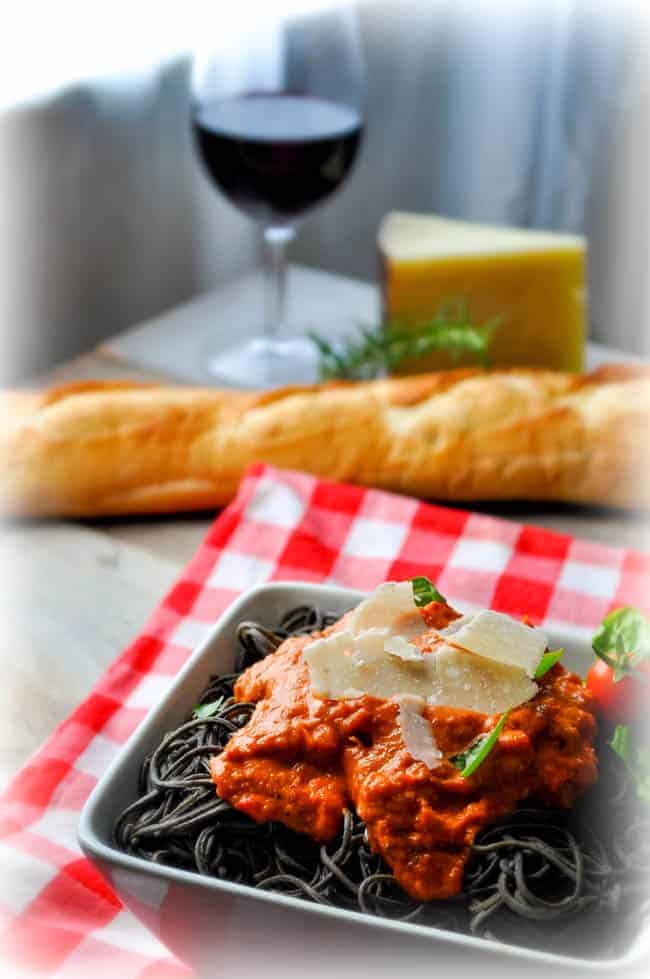 Roast some red peppers in the oven until their skins blacken slightly. Remove and let them sit under an inverted bowl for about 15 minutes to steam the skins. They will then come off easily and you'll be left with beautiful roasted peppers that you've made yourself!

Or . . . just go buy them if you're short on time or not feeling Martha Stewartish. Then pop some garlic and tomatoes in the oven, roast them to make your kitchen smell like heaven, toss all in the food processor and you'll have an amazing sauce ready to serve on pasta or as a crostini topping. 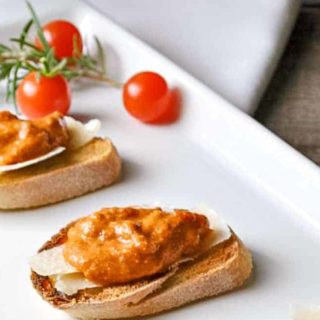 *An ancho chili is a dried poblano. Soak an ancho in warm water to make it more pliable before pureeing.
Tried this Recipe? Pin it for Later!Mention @enessman or tag #flavourandsavour!