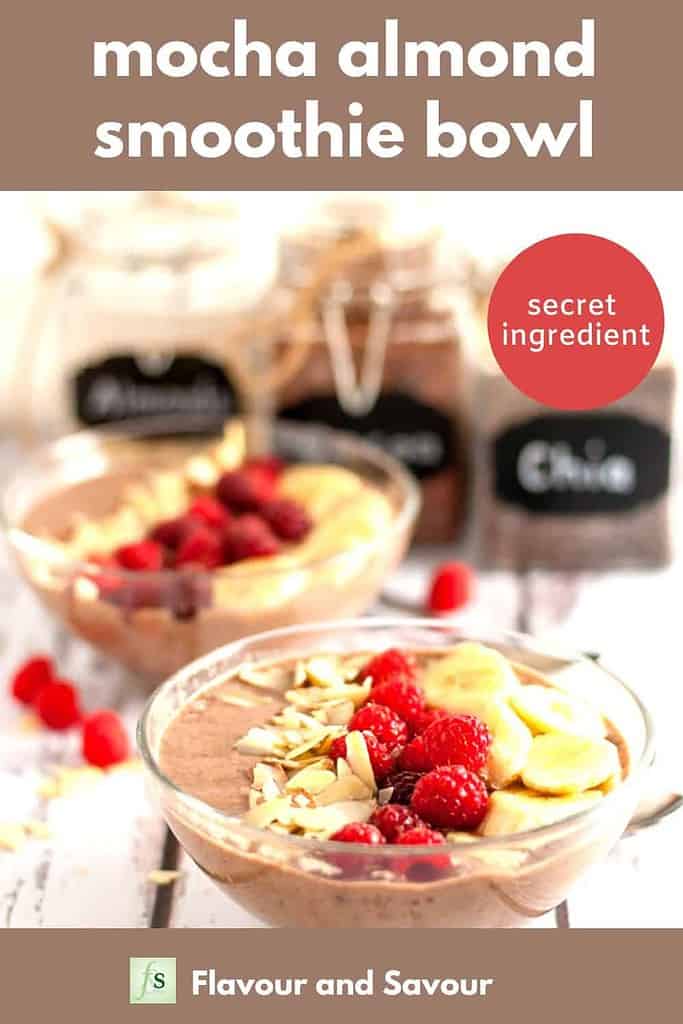 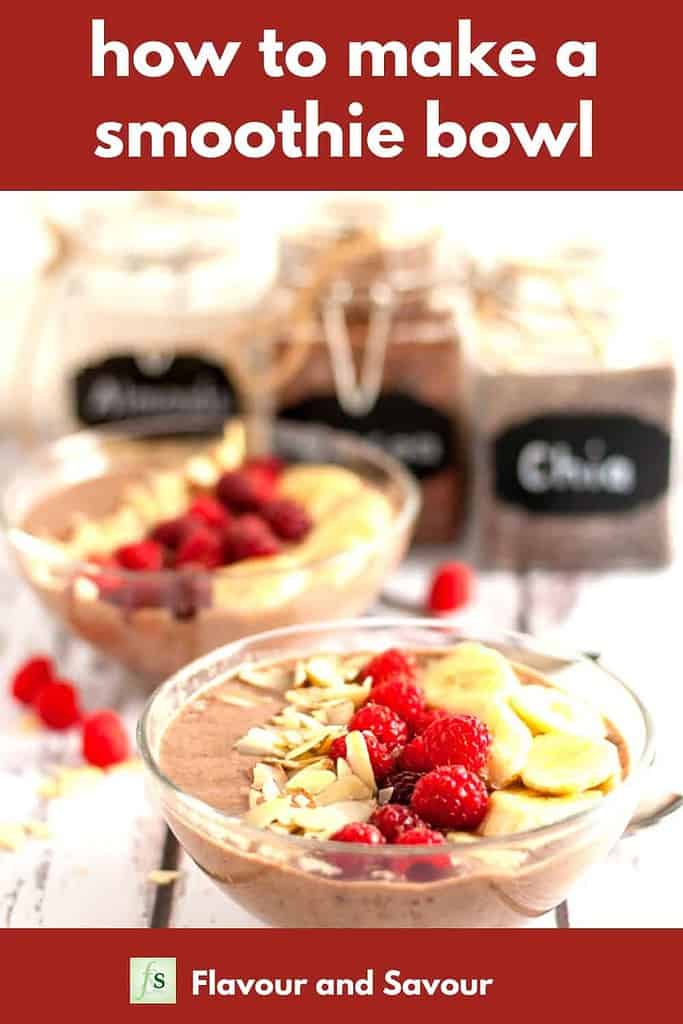 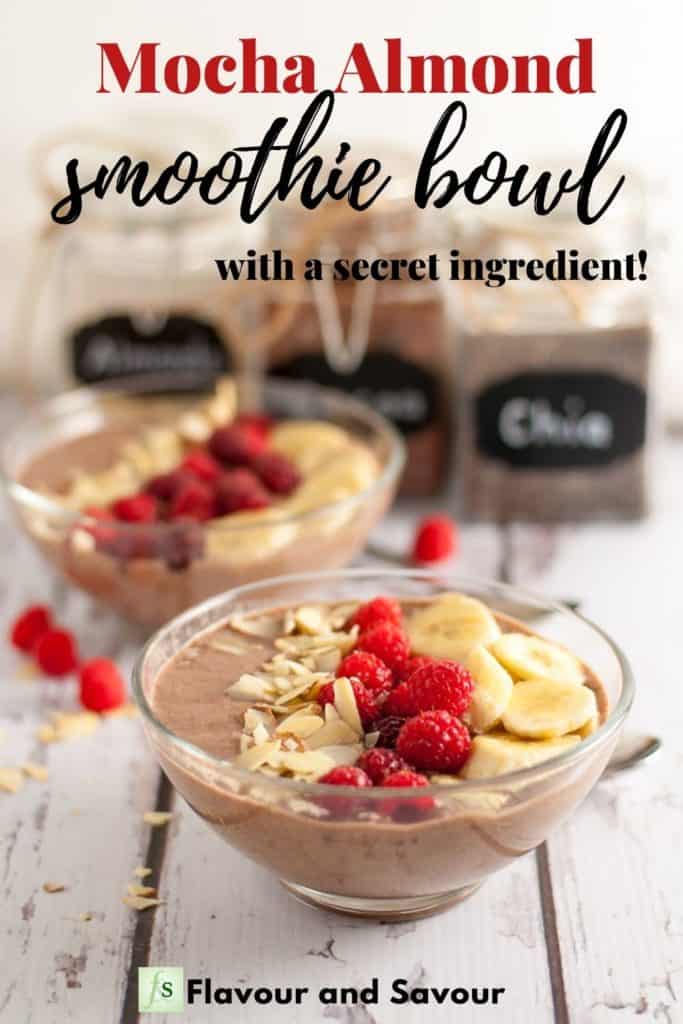 This Mocha Almond smoothie bowl is brimming with almond milk and chia seeds, sweetened with dates and a secret ingredient that gives it a kick! This post describes how to make a smoothie bowl and includes a checklist of smoothie bowl components and basic ingredients. Experiment and make your own flavour combinations. 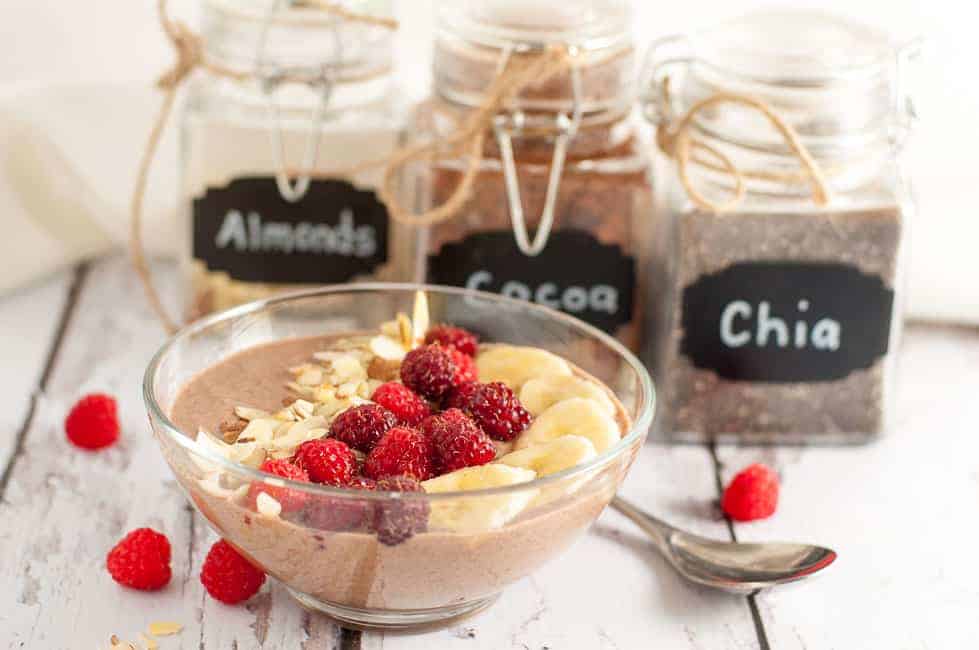 Diving into this Mocha Almond Smoothie Bowl for breakfast is my favourite way to start the day. Well, after my morning coffee, of course.

While I like Apple Oatmeal Breakfast Smoothie, this Strawberry Rhubarb Smoothie and especially this Tropical Turmeric Smoothie, having chocolate in the morning just seems so sinfully indulgent.
And . . .  I toss in my secret ingredient:  just a little of the leftover coffee from the coffee pot!

That mere ¼ cup of coffee transforms this smoothie bowl from chocolate to mocha in two seconds flat. Of course, if you're not a coffee drinker, you can leave this out . . . and then this will become a Chocolate Almond Smoothie Bowl instead!

Regardless,  it has all the necessary components of a smoothie and it's absolutely delicious.

How to Make a Smoothie Bowl

A smoothie bowl is simply a thicker smoothie served in a bowl. Reduce the amount of liquid you would add to your usual smoothie, and increase the thickener. Add some fruit, nuts or seeds on top to give some crunch, and you get to eat mindfully and enjoy your breakfast with a spoon instead of a straw.

A checklist of smoothie or smoothie bowl components 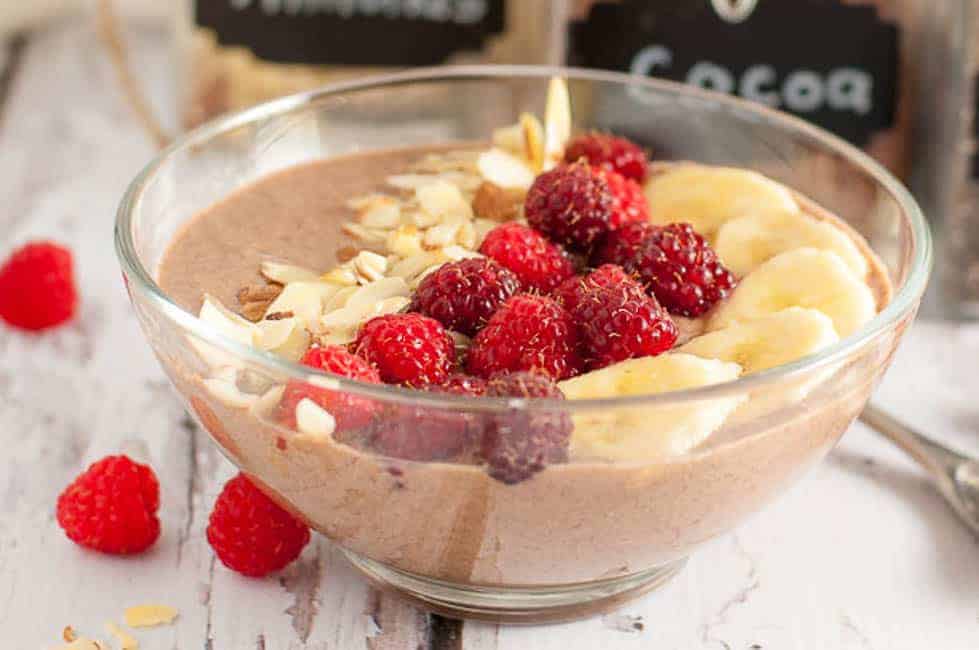 This Mocha Almond Smoothie Bowl has all the essential ingredients of a great smoothie bowl!

And a shot of coffee, too, just for extra flavour.

While I often have hemp hearts in my smoothie, I opted for chia seeds because they work their magic and transform this from a beverage to a meal-in-a-bowl in a short time.

This smoothie bowl forces me to sit down for breakfast, instead of having it on the run. 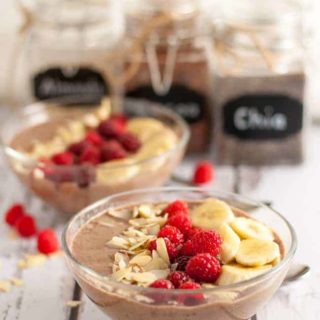