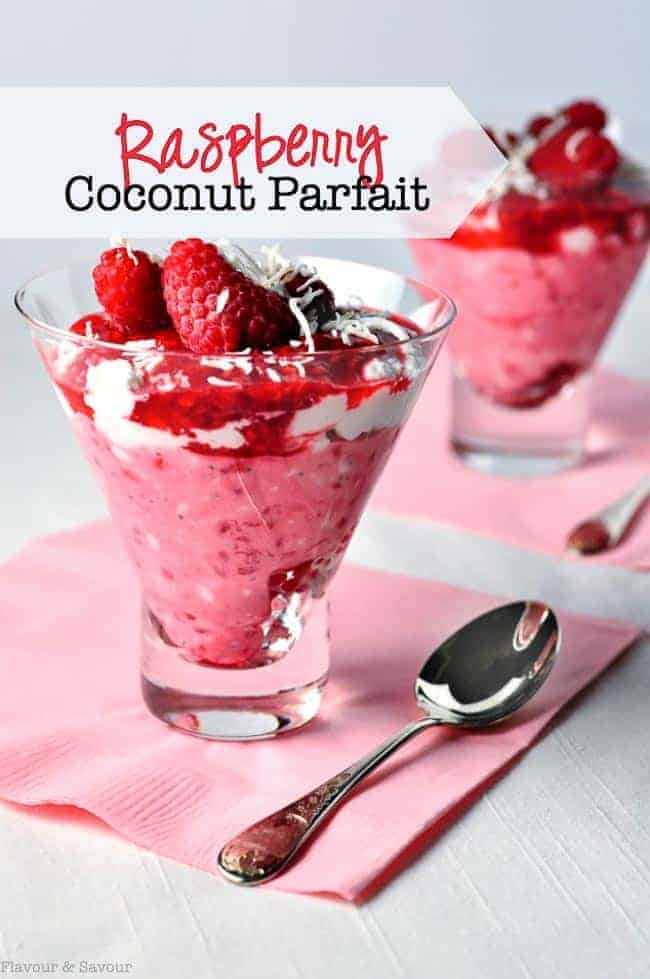 Dessert for breakfast? Why not? This Paleo Raspberry Coconut Parfait is a healthy way to start the day.
Jump to Recipe    Print Recipe

Ten minutes. That's how long it took to whip up this Raspberry Coconut Parfait for dessert today. No sugar, no dairy, no gluten, no kidding! This wholesome parfait is made with refreshing raspberries and extra creamy air-whipped coconut milk sweetened with a little honey. Dessert--definitely, but it could be part of your breakfast too. Who wouldn't want to wake up to that pretty bowl of heavenly pink creaminess? It's a guaranteed good-mood maker at any time of the day. 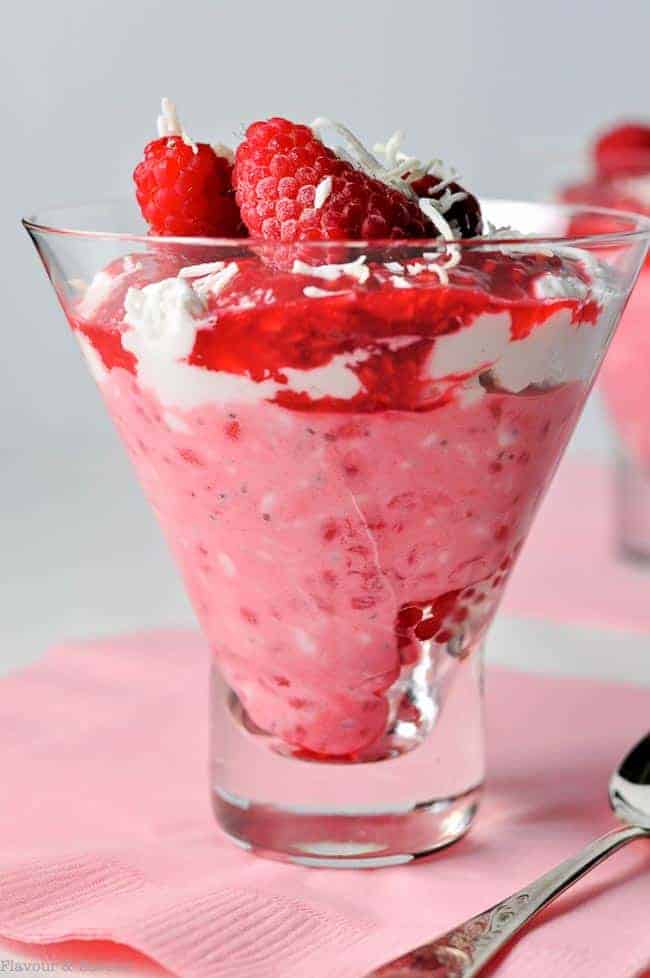 Just take that can of full-fat coconut milk (that one that you always keep in the refrigerator ready to whip--you know, that one) out of the fridge, drain off the liquid and whip up the solid milk with your electric mixer until it has doubled in volume. Add a teaspoon of vanilla, a tablespoon or so of honey or pure maple syrup and whip a little more to combine. Mash some raspberries and mix with half of the whipped coconut milk. You can add a little more sweetener if you need to and a teaspoon or two of chia seeds to thicken it. Then just layer it in a glass dish:  whole berries, raspberry mixture, extra whipped coconut milk and top it all off with a few berries and a sprinkle of coconut.

Fancy dessert on a weeknight? No biggie. I can handle it. 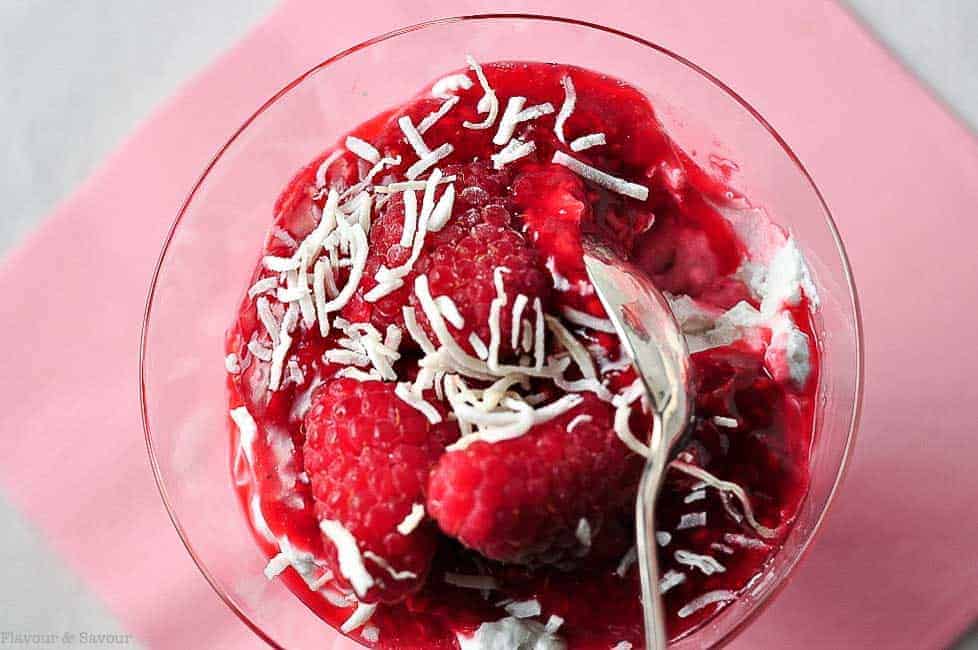 Ever had trouble whipping coconut milk? So have I! Here are some tips I've discovered that may help.

1. Keep a can of coconut milk in your refrigerator so it's always ready when you need it. Light coconut milk will not whip. You must have the full-fat variety. Refrigerate for at least 24 hours to make sure the solid part is completely hardened.
2. Brands that ONLY contains coconut and water will be more successful. Those with emulsifiers (like guar gum or carrageenan) or thickeners (like corn starch or methyl cellulose), or preservatives and whiteners, (like sodium or potassium metabisulphite) sometimes just will not whip.
3. Chill both your mixing bowl and the beaters. 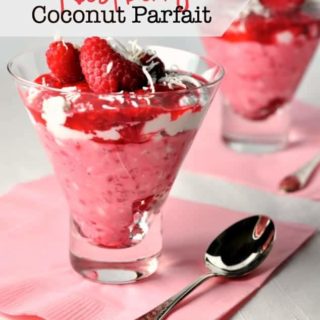 Tried this Recipe? Pin it for Later!Mention @enessman or tag #flavourandsavour! 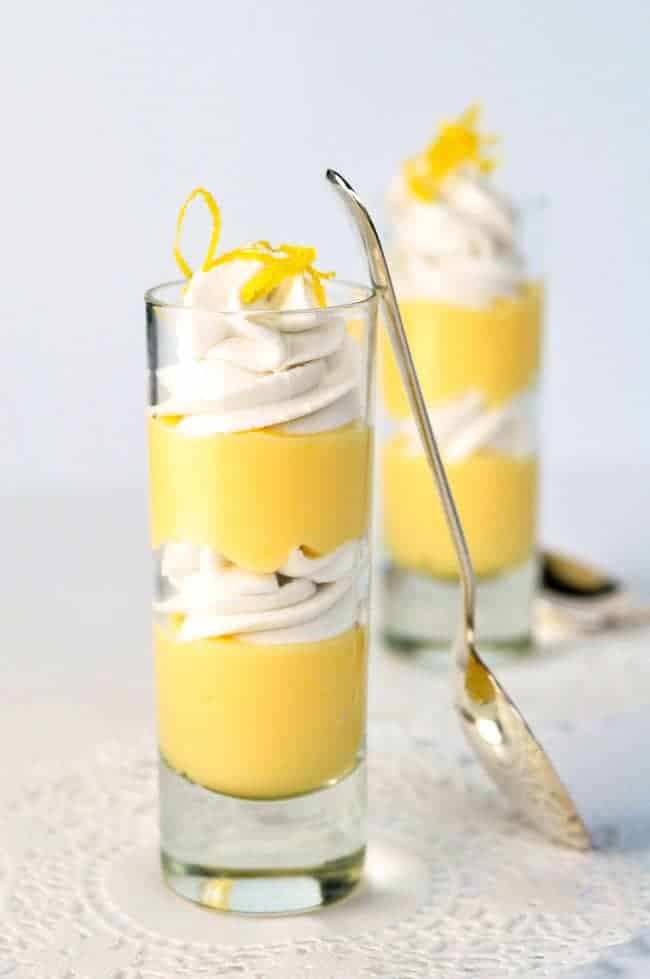