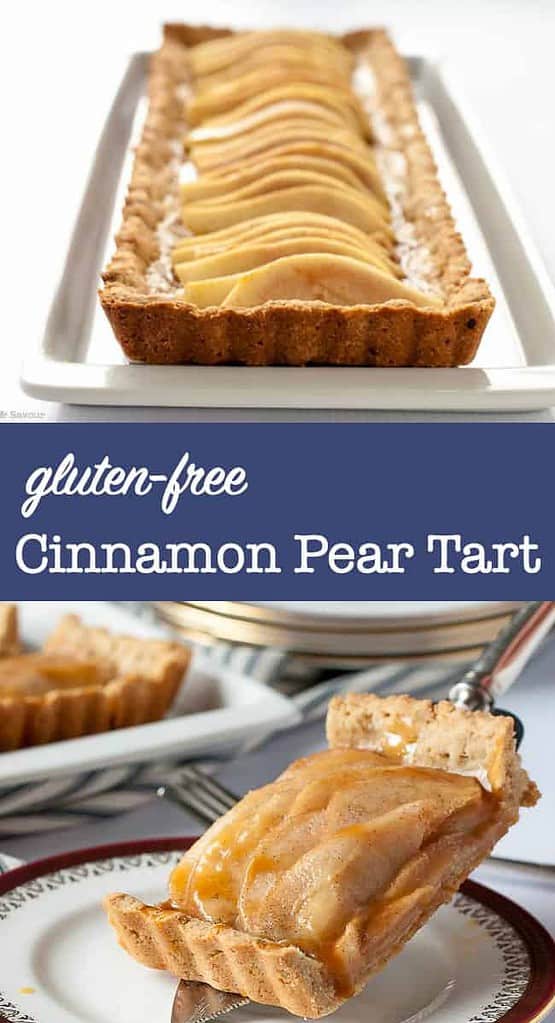 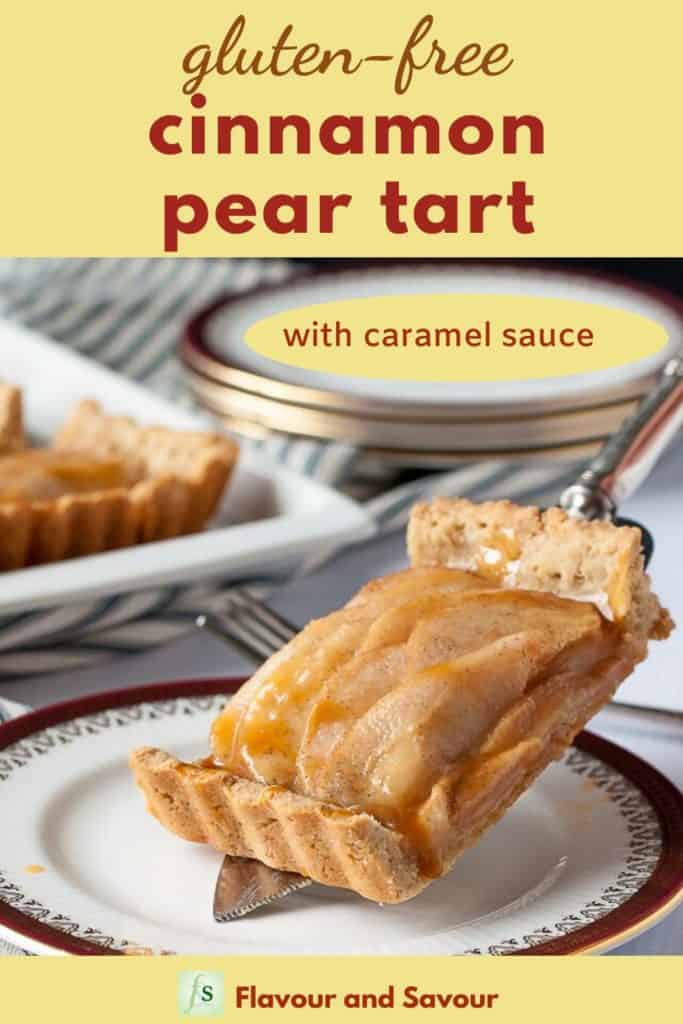 This delicious Gluten-Free Cinnamon Pear Tart is made with a tender almond flour and oat flour crust, filled with pears, sweetened with maple syrup and drizzled with caramel sauce.

Hallowe'en, Thanksgiving, Christmas, cozy evenings with friends and family . . . fall comes with lots of opportunities to celebrate with dessert! And a warm pear pie gently flavoured with cinnamon and nutmeg is a perfect choice.

Pear tart, pear pie, whatever you'd like to call it, it's delicious. Bake it in an oblong tart pan or a 9-inch round tart pan with a removable bottom.

This pear tart begins with a gluten-free crust made with almond flour and oat flour, held together with a little butter or coconut oil and lightly sweetened with maple syrup. It's pressed into a tart pan, then baked in the oven.

Once baked, it's filled to the brim with pears, lined up like dominoes.

Then it's drizzled with a mixture of lemon juice, maple syrup, cinnamon and nutmeg and popped back in the oven to bake.

Once the pears are tender and the crust is golden brown, it's time to brush more maple syrup on top. And finally, drizzle the pear pie with caramel sauce, and serve!

Leftover pie can be kept at room temperature on the counter or refrigerated for up to two days. Cover to keep it fresh.

or try these delicious Mulled Cinnamon-Orange Pears with Mascarpone. 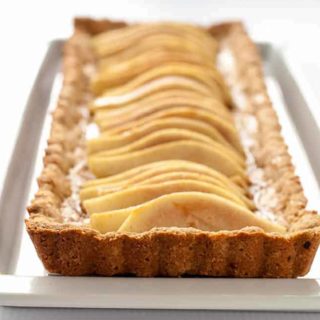 This tart is also delicious flavoured with cardamom. Replace the cinnamon and nutmeg with ¾ teaspoon of ground cardamom.

Kitchen Items I used to make this Cinnamon Pear Tart.

SAVE THIS TO ONE OF YOUR PINTEREST BOARDS and connect with me on Pinterest! I’m always finding new tasty recipes to pin. Subscribe to my weekly newsletter and never miss a recipe!