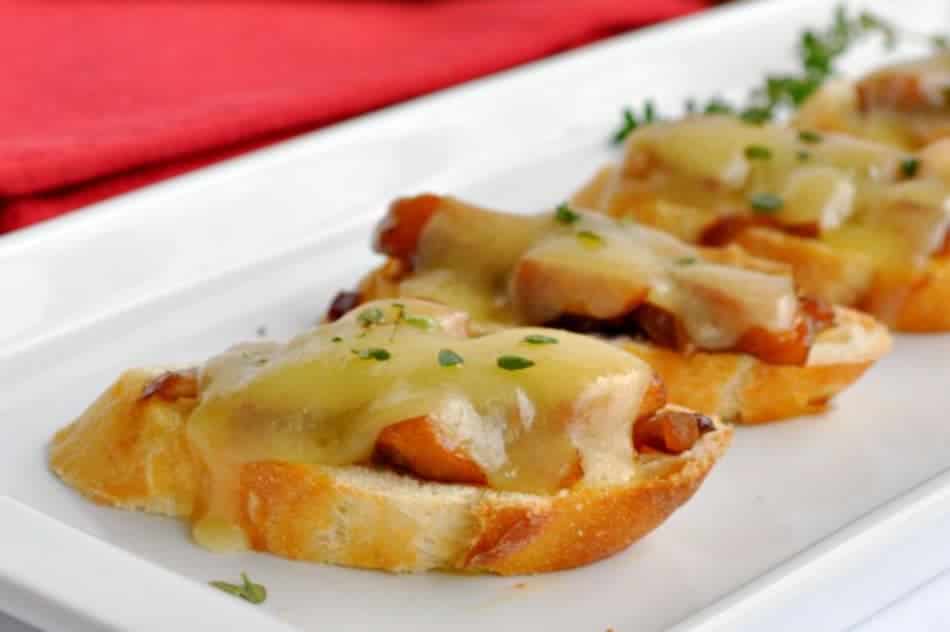 My husband, Denis, (with one n, he'll remind you) is always appreciative of anything I cook. Anything. He never complains, even when I serve a Pinterest Epic Fail. He consistently thanks me when I make him something to eat.

Yesterday, I decided to throw together a quick lunch for him. "Throw" is the operative word here. I threw a slice of frozen bread (yup, you read that right) in a frying pan, put a slice of cheddar on top, popped another frozen bread slice on top, squished it all down with a flipper until the cheese melted, and I passed it to him on a plate with a few lonely cherry tomatoes.

You'd think a food blogger could have done a little better than that. For someone who spends an inordinate amount of time in the kitchen, couldn't I have come up with something a little more interesting or adventurous? But still, he thanked me and told me it was good. xoxo 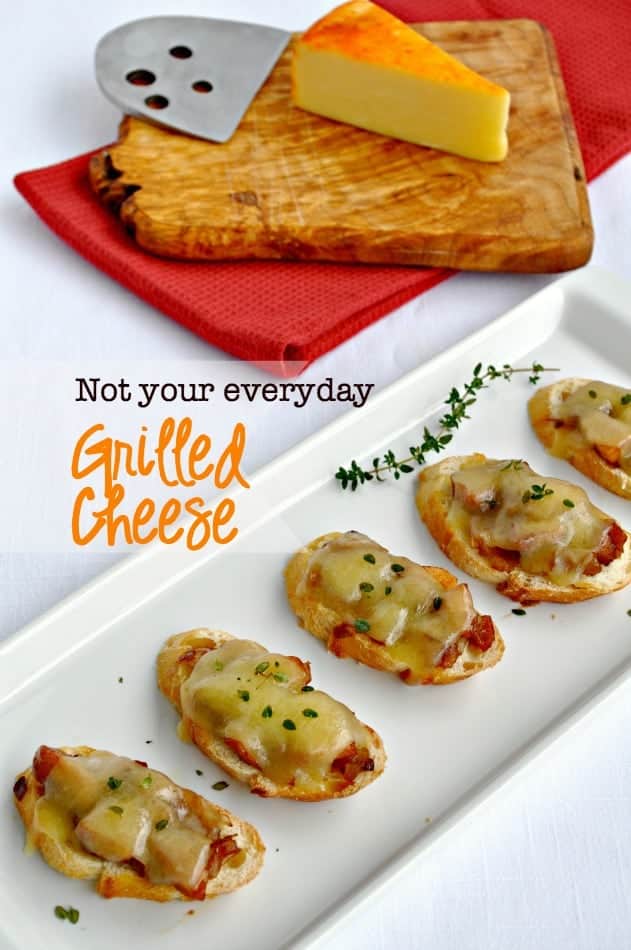 So today I made him a more upscale grilled cheese sandwich. This Caramelized Onion, Apple and Cheese Crostini is full of caramelized flavour and ooey-gooey cheesy goodness. It has that salty and sweet contrast that I crave. This Crostini recipe is one of my favourite appetizers to make, as the components can all be made in advance and quickly assembled just before serving. Not only that, but it works equally well served on a baguette slice or a gluten-free cracker. Hope you like it, too! 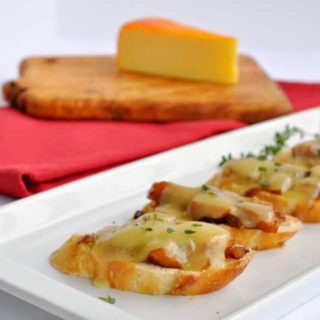 *use 2 tbsp oil for the onions and 2 tbsp for the apples. The onions and apples can both be caramelized a day or two before and stored in airtight containers in the refrigerator. The crostini can then be quickly assembled just before serving. I used Smoked Applewood Cheddar Cheese or make it dairy-free by using Manchego or Pecorino or goat cheese.
Tried this recipe?Share a photo on INSTAGRAM and tag it #flavourandsavour! I love seeing what you've made. 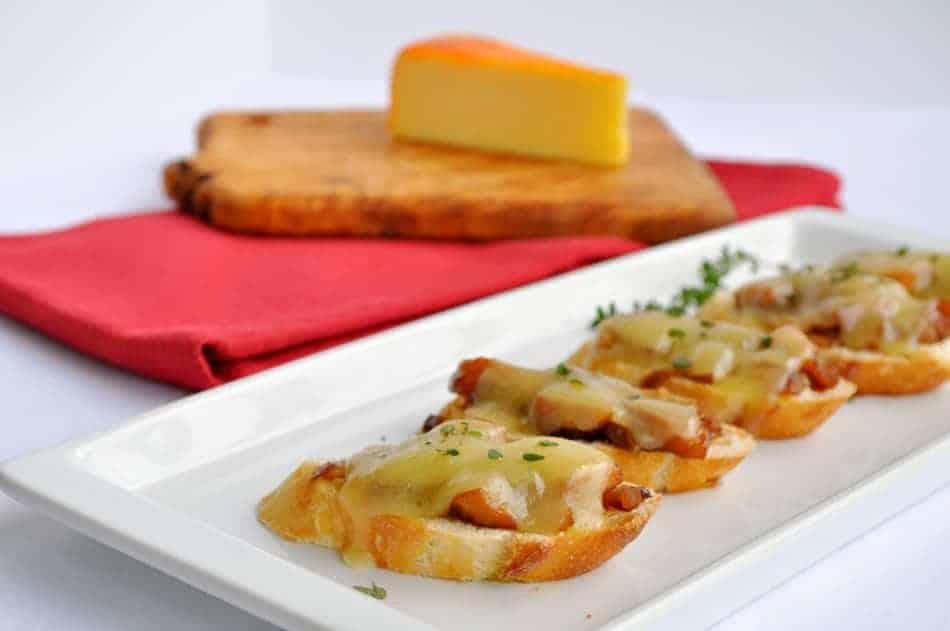 I create delicious gluten-free recipes that everyone can make. I’m here to show you that gluten-free eating doesn’t have to be complicated! I’ll help you make healthy meals that you’ll want to share with family and friends.

Learn more about me →