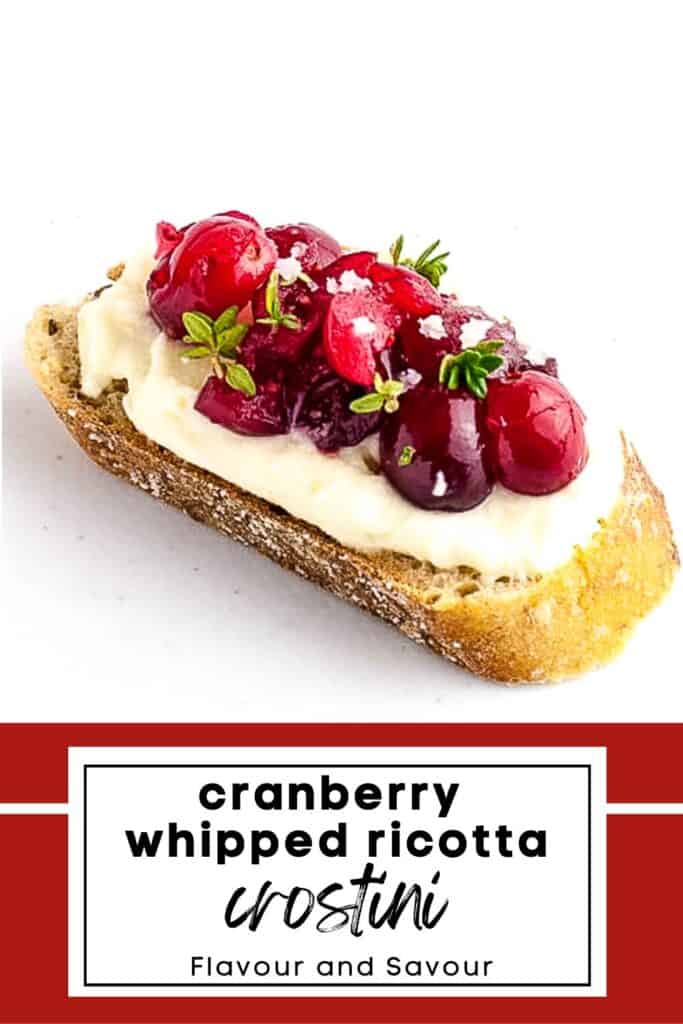 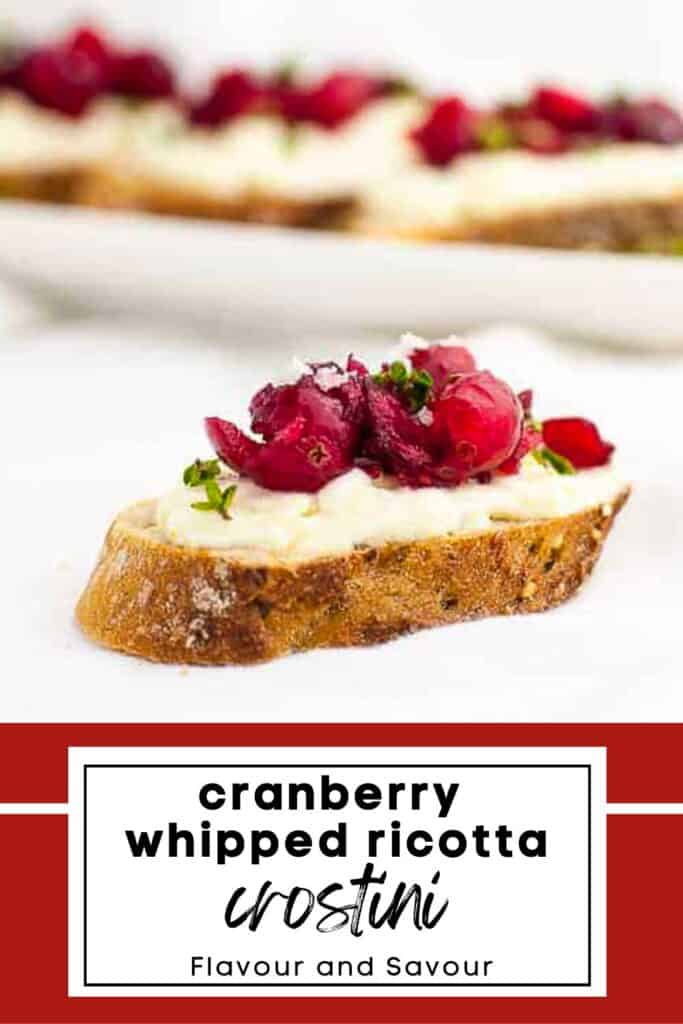 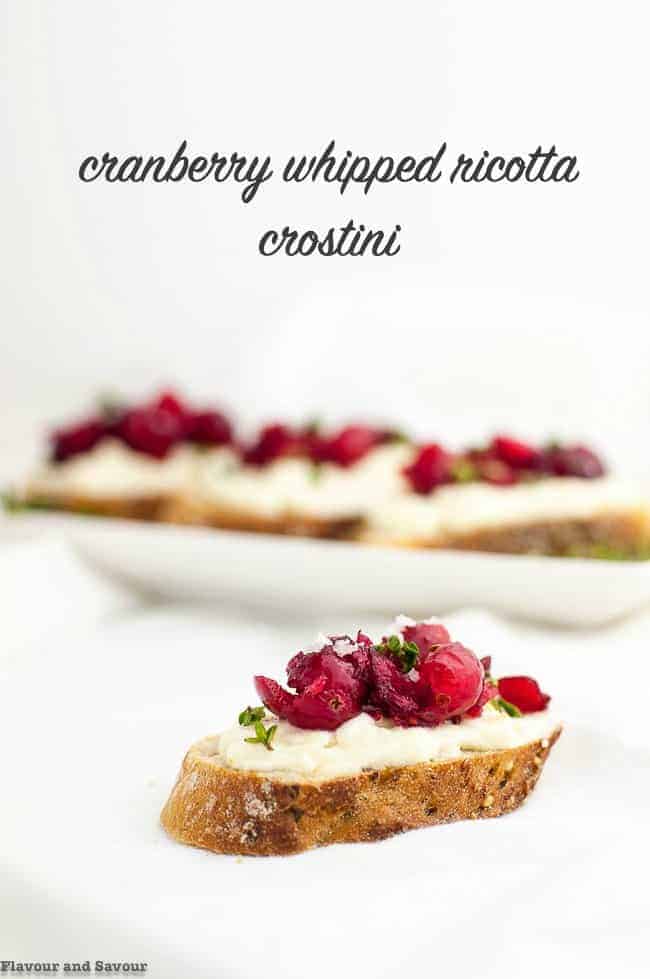 These Cranberry Whipped Ricotta Crostini holiday appetizers should make an appearance at your next gathering! Colourful red and green finger food is always a star on a party food platter. These little bites will likely be snapped up!

And if you're following a keto diet, make these Super Easy Low-Carb Keto Mini Buns and slice them thinly before toasting.

While making crostini appetizers is easy, there are a few tips that will raise your crostini from good to great! Check this post on 5 Tips for Making Crostini that outlines how to avoid pitfalls and guarantee perfect success every time.

What is whipped ricotta? Why should I whip it?

Whipping luscious whole-milk ricotta in a food processor removes its naturally gritty texture and makes it incredibly smooth, light and almost fluffy. Adding a small amount of citrus zest like orange or lemon enhances its flavour and makes a delicious spread.

Can I make these Cranberry Whipped Ricotta Crostini ahead of time?

Yes! You can prepare all the parts in advance.

However, these crostini appetizers are best if you assemble them just before you plan to serve them. Toast the baguette slices, cool completely, and store in an airtight container. If you haven't overbaked them, they'll stay perfectly crispy on the outside and soft on the inside. You can always reheat them in the oven for a few minutes, if you think they need it.

Whip the ricotta mixture and store covered in the refrigerator a day or two in advance. Prepare the cranberry mix by combining it with the sweetener of your choice. Keep it chilled in the fridge

A note about sweeteners for cranberry crostini

Check the recipe index for other crostini appetizer recipes and ideas for holiday appetizers.

When you make these cranberry crostini, please leave a comment and a star rating below. I love hearing when you've made one of my recipes. Thanks in advance! Subscribe to my newsletter and have new recipes delivered straight to your inbox once a week.

A note about sweeteners If you're not on a special diet, you can sweeten the cranberries with sugar. You can also use a tablespoon or so of an orange liqueur, like Gran Marnier or Triple Sec. If you're following a vegan diet, you could use maple syrup. And if you're on a low-carb or keto diet, use a zero-calorie natural sweetener like Monkfruit with Erythritol or Swerve. In all cases, add a small amount of sweetener, taste, and then add more as needed. The amount you use will depend on how tart your cranberries are.

This recipe has been slightly adapted from Saveur's Cranberry and Ricotta Crostini.