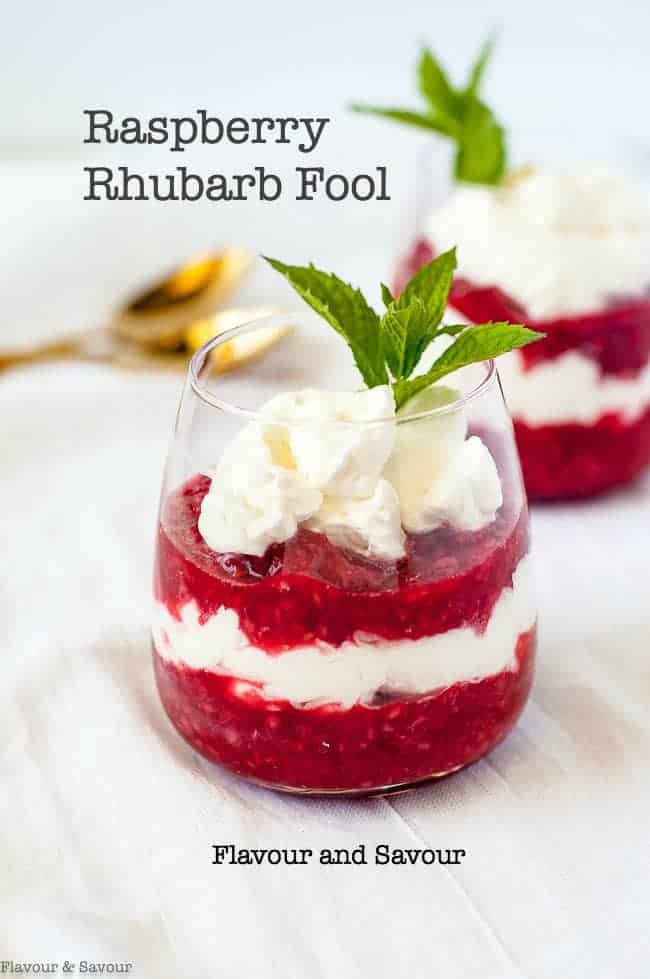 Here's a crowd-pleaser! This Raspberry Rhubarb Fool is an easy dessert to make for a large group. Not too sweet, but not too tart, it's a glass of ruby-red raspberries and rhubarb layered or folded into whipped cream.

Lightly sweetened clouds of whipped cream, layered with a rustic raspberry-rhubarb compote make this Raspberry Rhubarb Fool a popular dessert. Layer it parfait-style in dessert glasses, or serve it in mini dessert cups for a tasting party.

It's pretty, it's delicious, and it's so easy to make!

Traditionally, a dessert fool used to be made with stewed gooseberries and whipped cream. Nowadays, it is more commonly made with berries. Since my love for rhubarb knows no bounds, I combined stewed rhubarb, also known as rhubarb compote, with raspberries and folded it into whipped cream.

While this dessert recipe originated in England, those red and white layers look Canadian to me. Perfect for a Canada Day party!

And for my American friends, adding a handful of blueberries on top would easily change this into a patriotic dessert to celebrate the Fourth of July.

You'll find a complete list of ingredients in the recipe card below. Here are a few notes:

🔪 How to make this easy Raspberry Rhubarb Fool

❓Why is this dessert called a fool?

Why is this dessert called a fool?

I did a little digging and found this explanation on lovefood.com "So where does this name 'fool' come from? It's actually very simple - that sweet thing you have at the end of a meal is just a small, unimportant, trivial tit-bit, isn't it? So it's called a 'trifle', or a 'fool'"
Whatever the historical explanation, this Raspberry Rhubarb Fool is delicious and it's by no means an "unimportant, trivial tit-bit" to me! It's dessert!

First, this easy raspberry rhubarb parfait-style dessert combines summer fruit with whipped cream, but not just any whipped cream! I discovered a secret way to keep whipped cream stiff, so it is stabilized in this dessert.

My tip? Add some firm Greek yogurt. That's it. It doesn't change the taste at all.

You have choices in how to serve this dessert. You can layer it, parfait-syle, as in the photos above, or you can fold the fruit into the cream, making beautiful pink and white swirls! 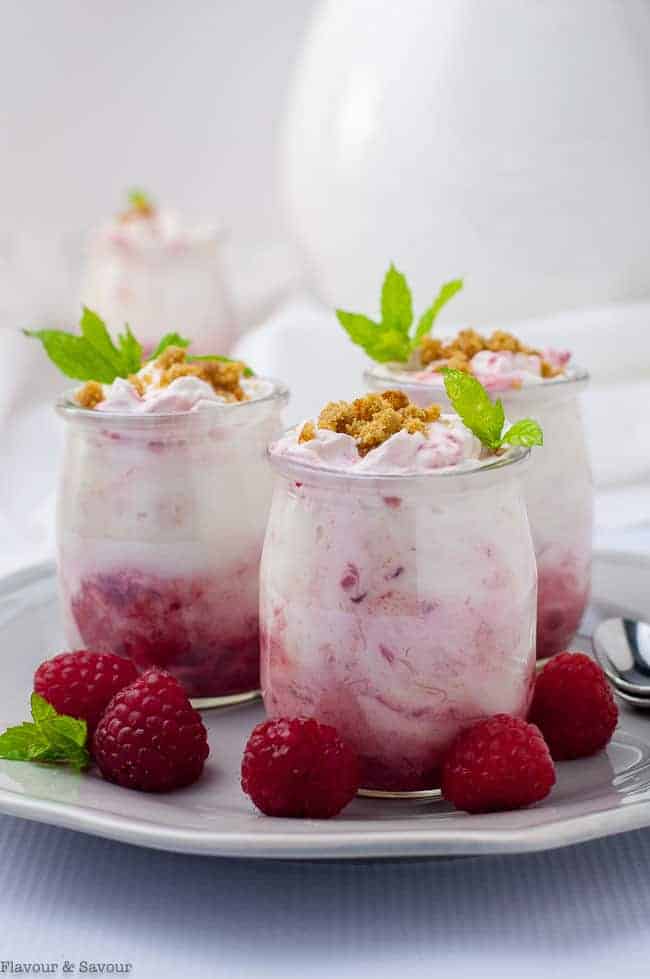 Looking for more ways to enjoy rhubarb? Here are 10 Ways to Use Rhubarb Besides Pie!

This dessert is best served on the day it's made, but you can make the rhubarb-raspberry mixture ahead of time and refrigerate it.

This post has been updated with extra information to make it more helpful.