Salads and Dressings » Asian Pear Slaw with Ginger and Lime 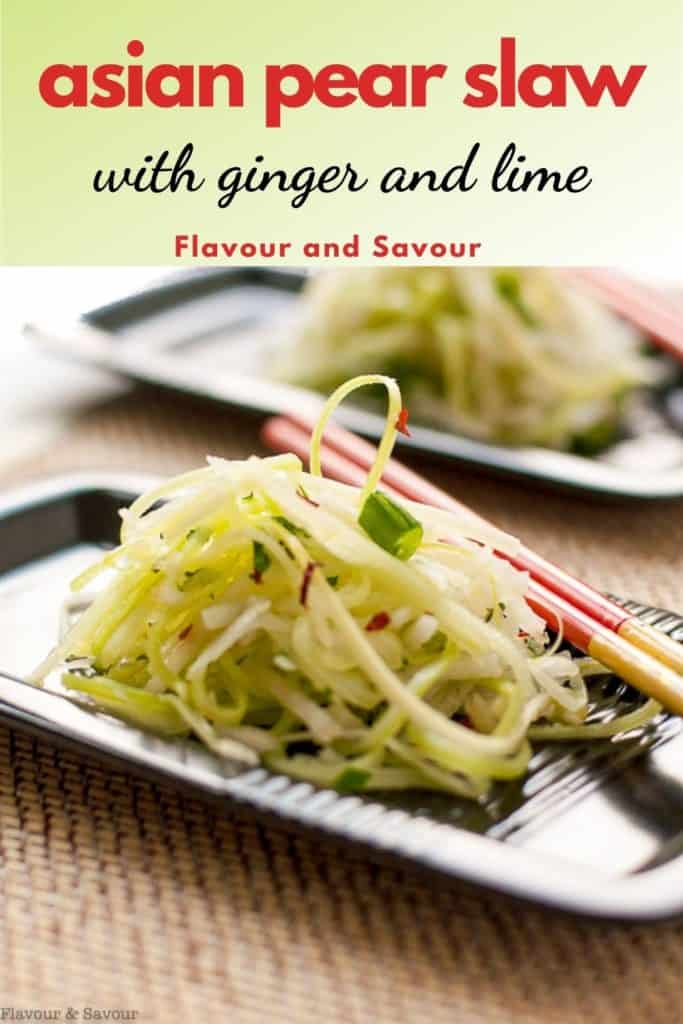 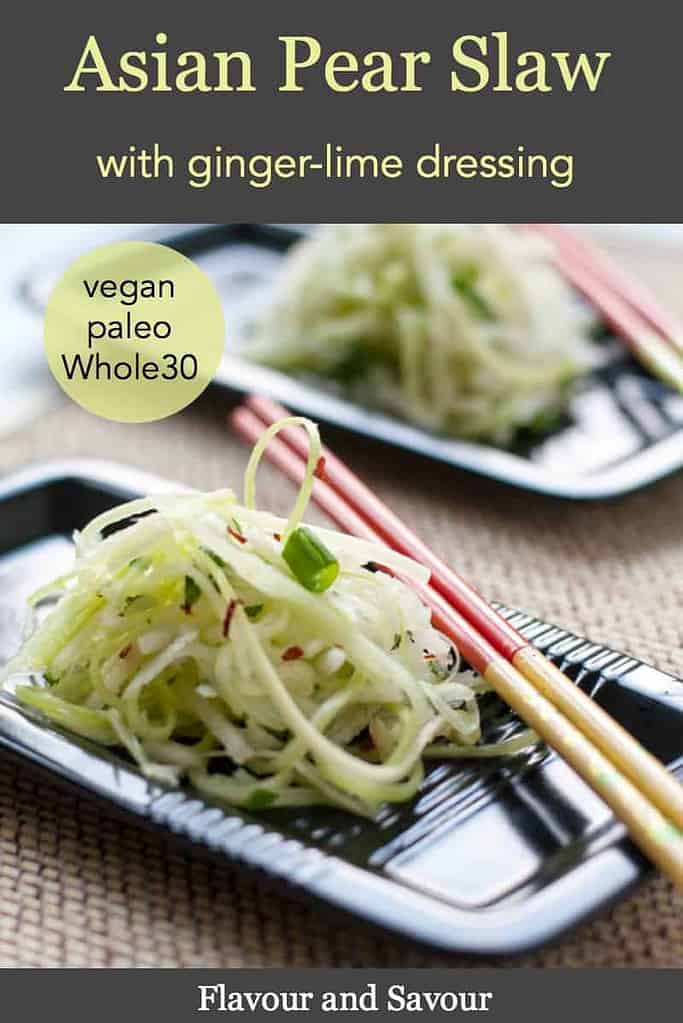 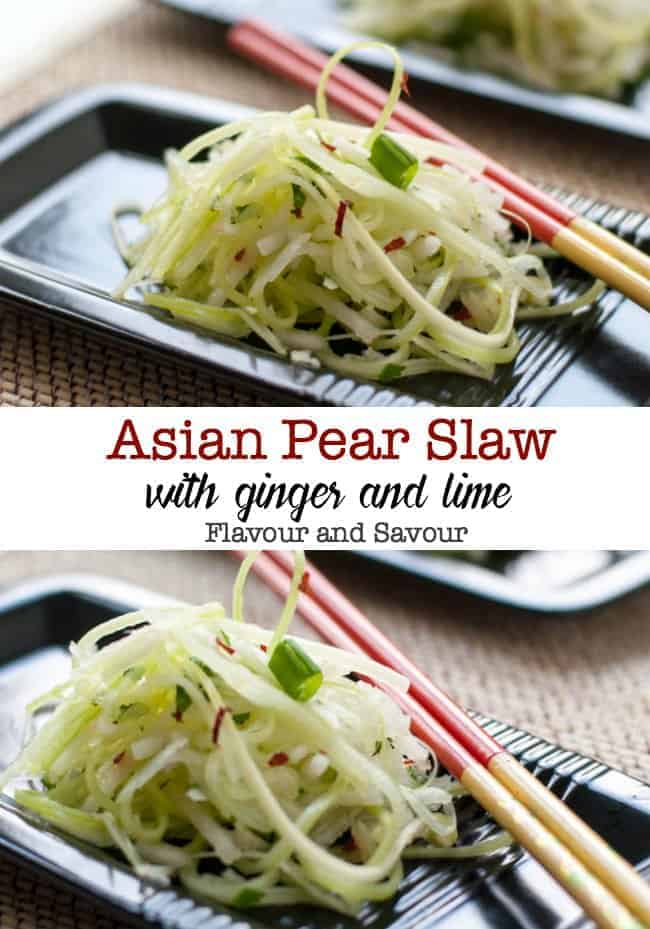 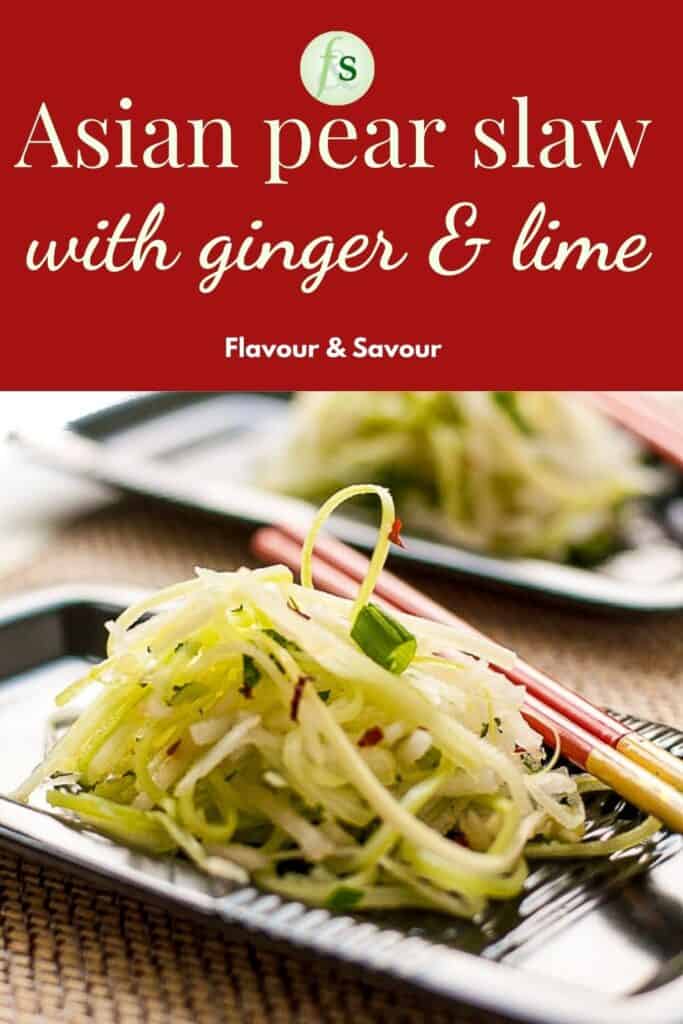 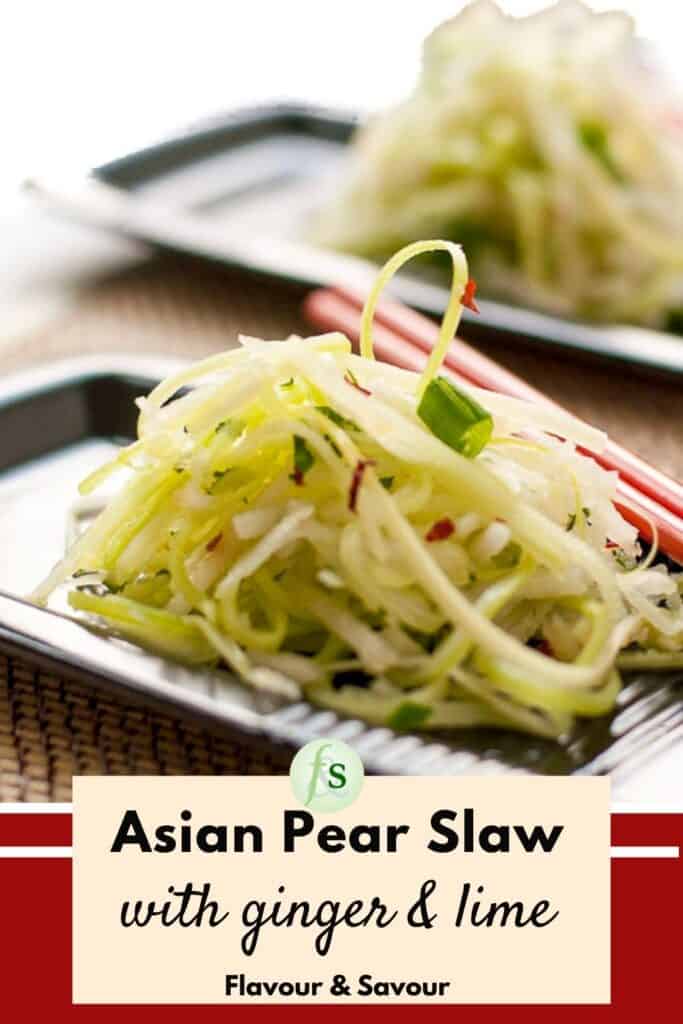 This Asian Pear Slaw is a little crunchy, a little sweet, and a little spicy! It's a Thai-style coleslaw that pairs well with any Thai or Asian dish. It's naturally sweet, and gently seasoned with ginger and lime. Vegan, Paleo and Whole30 compliant.

What to serve alongside Thai dishes? This Asian Pear Slaw with Ginger and Lime is a perfect choice!

With a couple of Asian pears (also known as apple pears) in the fridge and plans to make spicy Bangkok Thai Crab Cakes, I thought a simple, sweet and spicy Asian-style salad would be an ideal accompaniment.

And I was right. This Thai-style coleslaw added a touch of light sweetness to balance the spicy dip that I served with the crab cakes.

What are Asian Pears?

Asian pears, also known as Apple Pears, Chinese Pears or Korean Pears, are sweet and crisp. They're round, not pear-shaped. Their skins are sometimes a little tough, so I peeled them to make this simple tasty Asian-style slaw.

They're available as imported fruit in stores, but they also grow locally later in the year. If you're lucky to have a friend with a tree, beg a few.

They're absolutely delicious, and they add natural sweetness and a crisp texture to this slaw. You'll also love this Asian Pear and Cranberry Chopped Salad.

Use a julienne tool if you have one to make this Thai-inspired pear coleslaw. If not, you could grate the Asian pear and the celery or cut them with a sharp knife into fine match sticks.

Whisk together the ginger, lime juice and rice vinegar and toss with the remaining ingredients. If you don't like cilantro, you could substitute fresh parsley.

Try this simple Asian Pear Slaw with any of these spicy dishes!

Tools I used to make this Asian Pear Slaw: 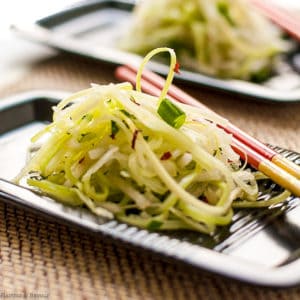 This post was originally published in 2017. It has been immensely popular, so I've updated it and bumped it up!