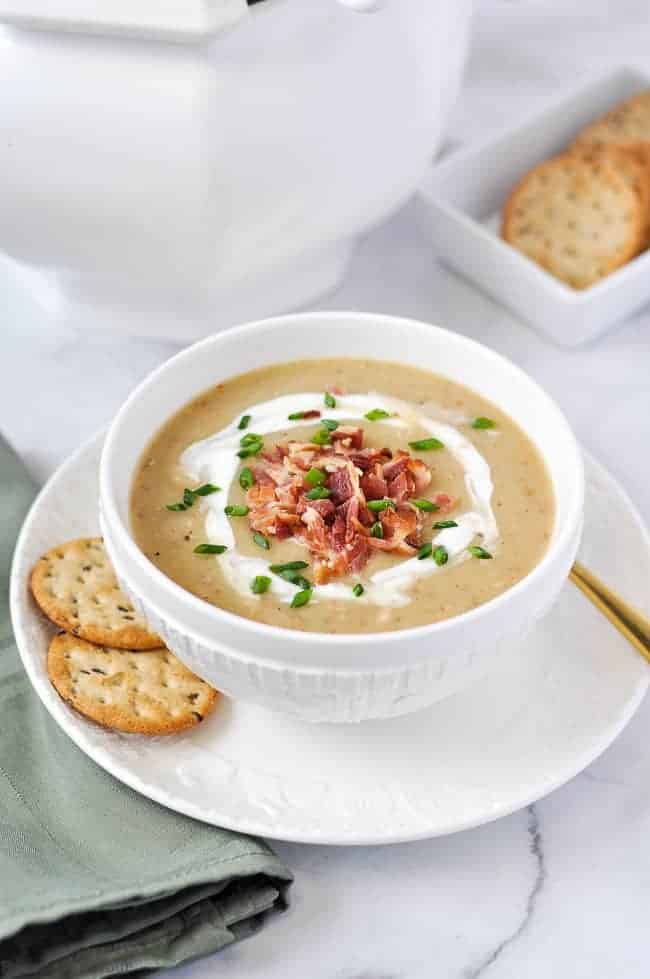 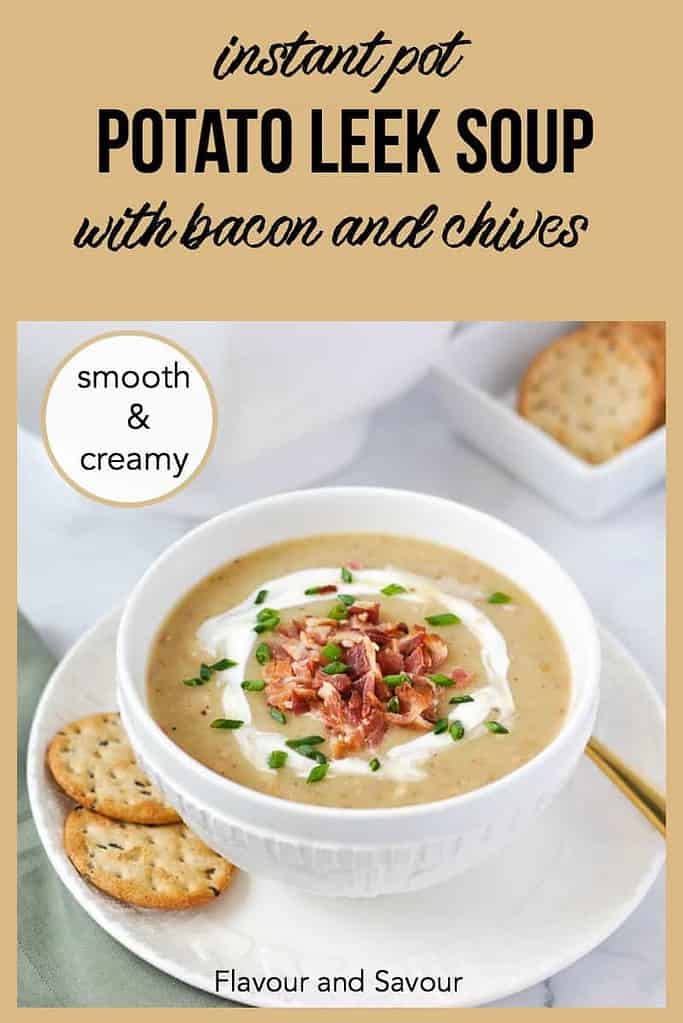 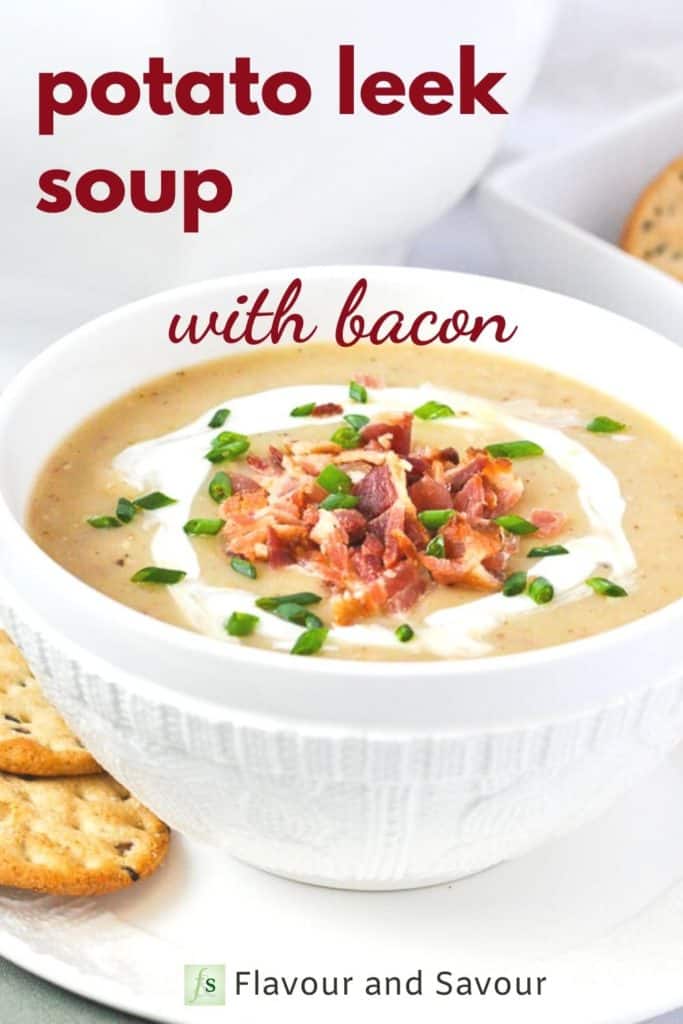 If there's one soup you need to make this month, it's this Instant Pot Potato Leek Soup with Bacon. It's like a fully loaded baked potato in a bowl of soup! This recipe includes instructions for making this creamy soup on the stovetop, too.

Smooth and creamy, this full-flavoured paleo Potato Leek Soup with Bacon is a family favourite. All made in one pot, it's easy to prepare:  minimal chopping, it's quick to cook and there's only one pot to clean. A win-win!

It's like a fully-loaded baked potato in a bowl of soup!

I had to laugh while we had this for lunch recently. I suddenly realized that it was similar to a baked potato with "all the fixin's."

If you're anywhere near my age, you might remember how loaded baked potatoes were popular in restaurants. The server would come to your table with an assortment of toppings, usually sour cream, bacon bits, chives, and grated cheese for you to load up, or overload, your potato. That was on top of the melted butter that was already oozing its way into the oversized spud.

While loaded baked potatoes are no longer trendy in restaurants, we still love those flavours.

Besides the flavour, there's a lot to love about this Potato Leek Soup!

I love how easy it is to make! One pot, a quick sauté, then 22 minutes of cooking and steam release time while you make a spinach salad or some baking powder biscuits and clean up the kitchen. Then all this Instant Pot soup needs is a quick whir in the blender before it's ready to serve, piping hot.

Ready to make a pot of homemade soup? Here's what you'll need:

No Instant Pot? No worries!

You can easily make this Potato Leek Soup on the stovetop in a large, heavy-bottomed pot. Just follow the instructions below, but lengthen the cooking time, cooking until the potatoes are very tender before puréeing the soup.

However you decide to cook it, this soup is bound to become a favourite in your home, too!

🥶 Can I freeze this Potato Leek Soup?

Absolutely! This soup freezes well. Pour leftover soup into freezer containers, label and freeze, and you'll have lunch for another day. Thaw completely in the refrigerator, then gently reheat on the stove top or in a microwave.

Try any of the following to round out your meal. 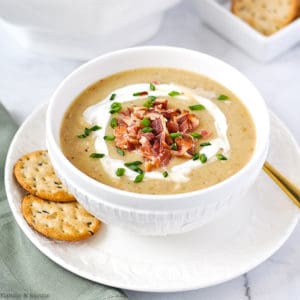 Once the bacon is crispy, remove a few pieces, drain on paper towel, and set aside for a garnish. Nutrition facts were calculated using unsweetened almond milk.

This post was originally published in 2017. It has been updated with new information and photos.

I adapted this recipe slightly from The Simple Happy Foodie. See her original recipe here.

If you haven't jumped on the Instant Pot bandwagon, now might be the time! This is the one that I own. (affiliate link)