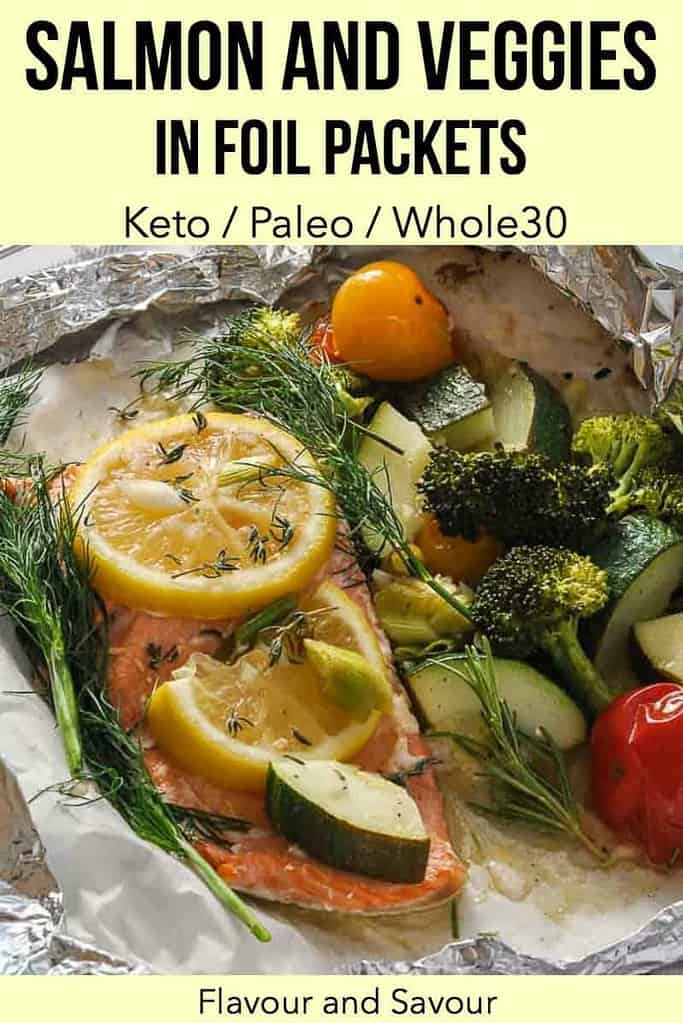 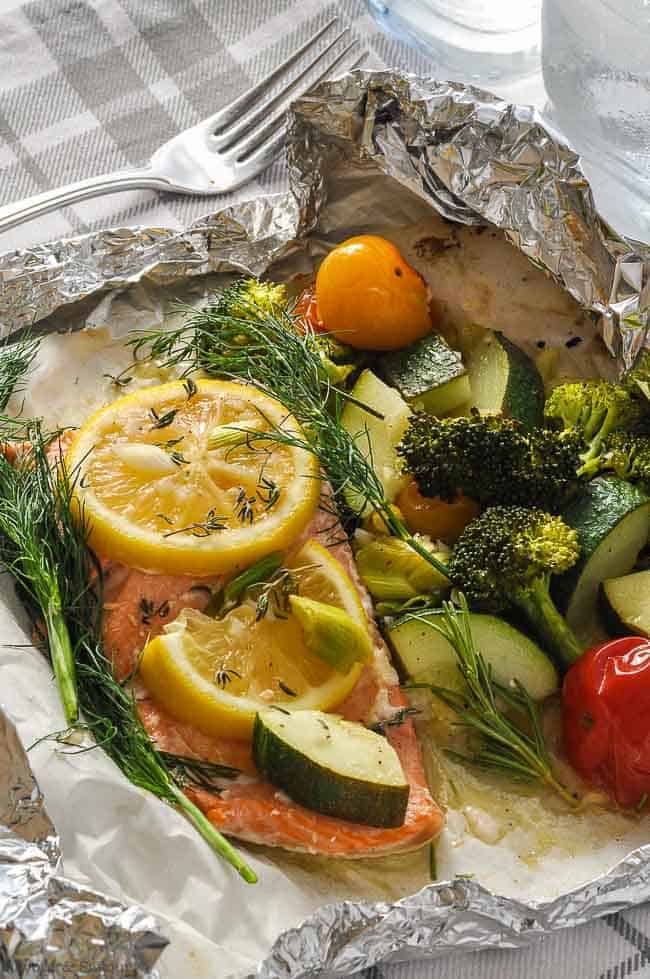 Make a healthy dinner of baked or grilled salmon and veggies in foil packets! A delicious 30-minute meal. Keto, Whole30 and Paleo approved.

Cooking wild salmon and veggies in foil packets makes a delicious meal that couldn't be easier! Ready in about 30 minutes or less, this healthy salmon recipe is one you'll make on repeat. It's easy to adapt to your family's tastes by changing the veggies, too.

Salmon is full of Omega-3's and packed with protein. This foil packet baked or grilled salmon dinner is naturally gluten-free. It's also perfect for those following a Paleo, Keto or Whole30 diet.

I use this recipe for Honey-Dijon Glazed Salmon in Foil often, but today I decided to add the veggies right into the packet to cook alongside the salmon fillets. So easy, so tasty, and so little clean-up time!

Ready to get started? Let's make salmon in foil packs! 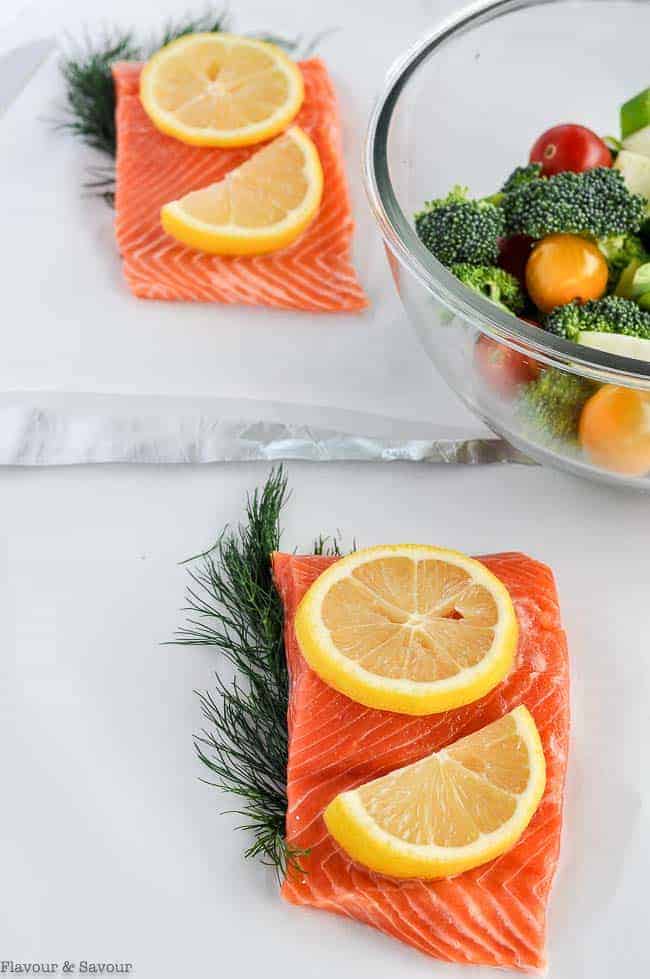 Ingredients for Wild Salmon and Veggies in Foil Packets 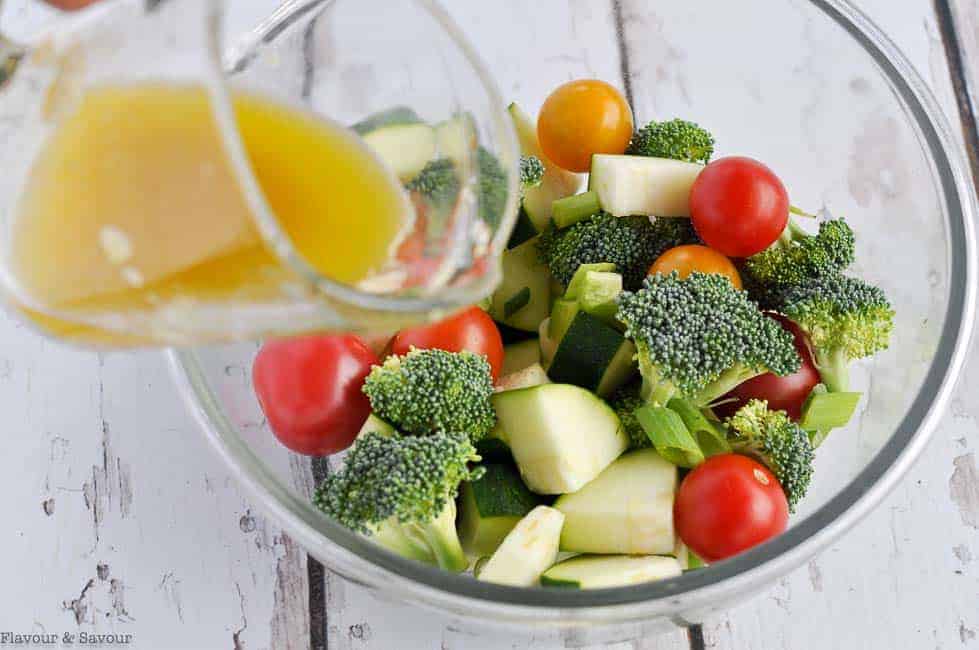 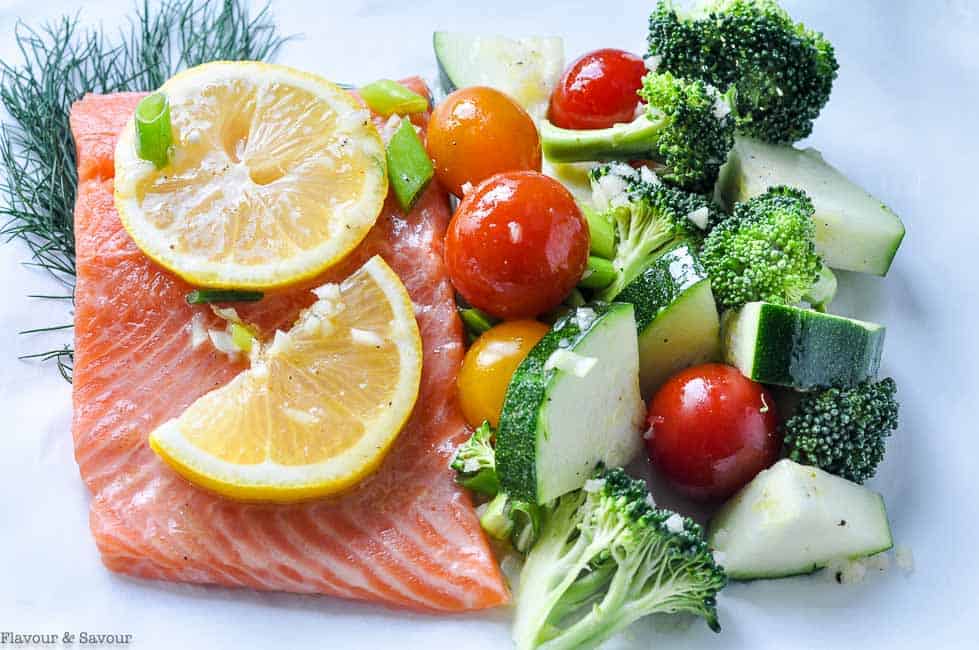 How can you tell when salmon is done?

It is easy to overcook salmon, and there's nothing worse than overcooked fish! Cooking time will depend on the thickness of the fillet you're using and the temperature of your barbecue or oven.

Check for doneness by inserting a knife into the thickest part of the fillet. If it flakes easily, it's done. Some people like to remove it from the heat when the center is still a little translucent, as it will continue cooking in it's own heat as you allow it to rest for a few minutes. It's recommended to cook salmon to 140°F. to 145°F. when measured on a meat thermometer.

What is the white stuff on cooked salmon?

No worries! It's unavoidable. The small white "goop" is simply coagulated protein, called albumin. It results when the fish cooks and the albumin is pushed out of the muscle fibers. It's completely harmless and definitely edible. You can read more about it in this article, What is the White Stuff on Salmon?

When you cook salmon with a glaze, like this Bourbon Maple-Glazed Salmon , Citrus Glazed Baked Salmon with Sake or with a coating, like this Crispy Fennel-Crusted Salmon, or Paleo Pistachio-Crusted Salmon the albumin is not really visible. And if you serve it with a sauce, like 30-minute Creamy Lemon Salmon Picatta, you won't notice it either.

But, rest assured, there is nothing wrong with it. It may be noticeable when salmon is cooked in foil, but a couple of slices of lemon or a sprig of fresh dill will hide it!

Busy days call for easy meals, but you still want to make sure your dinners are wholesome and nutritious. This recipe for Wild Salmon and Veggies in Foil Packets ticks all the boxes! An easy keto recipe that's nutritious and delicious. A 30-minute meal! 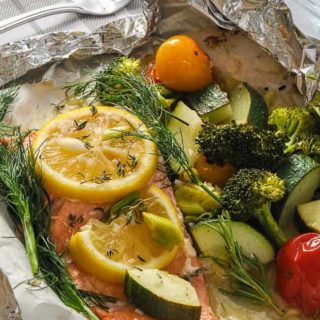