The White Towns of Andalusia, or Pueblos Blancos, are small towns and large villages  in southern Spain, mostly within the Sierra de Grazalema Natural Park. Arcos de la Frontera, Ronda, Grazalema, and Sentinel de las Bodegas are just a few of the ones we have visited. These small, quiet hilltop villages are well-known for their simple whitewashed houses and beautiful flowers. We headed out on the back roads towards Arcos de la Frontera just as the sun was rising.
Wandering through the old town before it had awakened was not only efficient but was a truly unique experience. We were the only tourists around and we were able to take our time and study it all in the cool morning air. We stopped in the new part of town to find some breakfast and coffee. My very limited knowledge of Spanish allowed us to figure out the self serve/make your own desayunos and order coffee without resorting to English.
Next, we headed out to explore more of the white hill towns of Andalusia. With me making “Quick, turn here,” commands we found some unbelievably picturesque villages, perched high on hill tops, ready to defend themselves against marauding invaders centuries ago. See that castle way up on the hilltop? It’s above the white hill town of Zahara. We made it to the top of that, and what a commanding view! We headed into Ronda, and discovered that a major regional fiesta was being held here for the weekend. The sights and sounds, the smells and the food were unbelievable. Hundreds of people, no thousands, milled throughout the town, all dressed in period costumes.
We watched a theatrical performance of a mock execution, and wandered through a huge market full of kiosks selling everything from leather belts, cheese, pastries, sausages, handicrafts to fresh paella. We checked into our fantastic B&B, out in the countryside on an old farm. An absolutely beautiful spot, complete with a private terrace, gardens and a large pool. After touring the old town section of Ronda, seeing the major sights and checking out the town museum, we relaxed in a sidewalk cafe and shared a pan of paella. We headed home early after three late nights in Seville, but just as we were about to leave, I spotted a “Entrada libre” sign on the bull-fighting ring. We headed in with the crowds and we we’re wowed with this! Dancing horses! The stadium was pulsing with incredible energy. Spaniards are so wonderfully passionate! To see so many of them dressed up was so fun. We would never get that kind of participation at home. Moms, dads, kids, tiny babies, and grandparents were all out tonight for their paseo–just wandering the streets, chatting with friends, enjoying the sunshine and later popping into the tapa bars.

« Savouring Seville – What to See, Do and Eat!
3 Favourite Sangria Recipes » 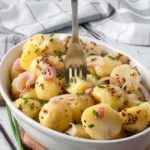 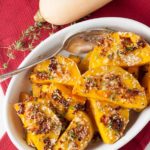 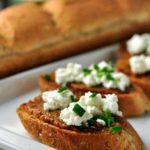 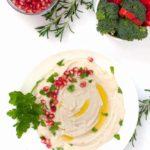