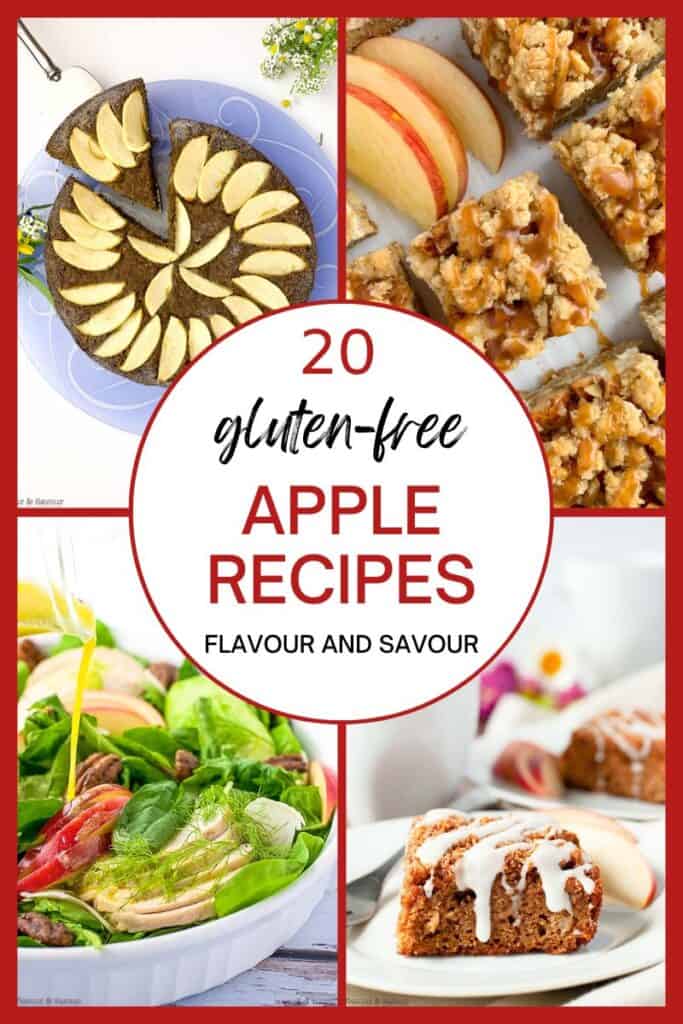 I've rounded up 20 of my favourite gluten-free apple recipes--and none of them are pie!

Don't get me wrong. I love apple pie, especially this Gluten-free Dutch Apple Pie with a crumble topping. But apples are such a versatile fruit and there are so many ways to use them besides baking a pie!

Fall brings apples of all varieties, sweet, tart, soft and crisp. One of the best things about apples is they keep well and are usually available all year round.

Layer apples with yogurt and granola in an apple crumble breakfast parfait for breakfast, in a broccoli apple salad for lunch, and with roast chicken for dinner.

Here's a round-up of 20 apple recipes to make for your family, your friends, or just for yourself this season. Let those aromas of cinnamon and apples wafting from your kitchen put you in a cozy Fall mood!

Click on the light green box below each photo to take you directly to these apple recipes.

P.S. I saved my favourite recipe for last. Enjoy!

They're gluten-free and dairy-free, but they’re packed with protein to keep you satisfied all morning. Grab one and go!

My favourite! Try this twist on a traditional apple crisp recipe, made gluten and dairy-free and topped with a salted caramel bourbon sauce.

Which of these gluten-free apple recipes will you make first? Let me know in the comments section below. Subscribe to my newsletter and have new recipes delivered straight to your inbox once a week.